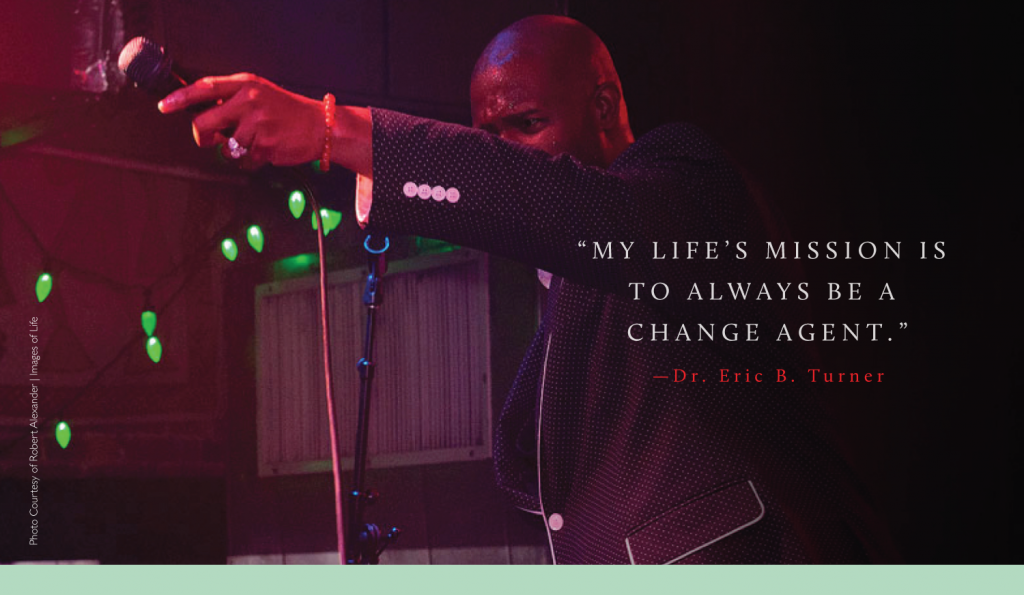 Eric B. Turner,
Psychologist, Professor, Singer, Composer, Lyricist; Any one of these titles would be enough to fill a life’s worth of work, but for Eric B. Turner these titles are one and the same. Gifted with the ability to flow effortlessly from one mantle to another, Eric B. Turner is the very definition of a Renaissance Man.

Born and raised in Cleveland, Ohio, Eric began exploring his talents while being involved in his church. Directing the choir and singing at his church from the age of seven years old, Eric showed early on that he had that “IT FACTOR” and an aptitude to understand and translate musical movements. A gift that would serve him well in the years to come.

As Superman is to Clark Kent….Eric B. Turner is indeed a Psychologist, Performance Coach, and Professor “Cleverly Disguised” as an Actor, Singer, Song Writer, and Model. His credits include: